Recently Nicolas Sarkozy announced plans to pursue a vigorous policy of diversity and métissage. Concretely, this means giving preference to minorities in job hiring and prosecuting those who do not comply. In other words, affirmative action as a government policy from which none are exempt.

These are two separate things. But in the mind of Sarkozy they go together. Last December he chose a highly successful Algerian-born businessman, known as an impassioned advocate of diversity, Yazid Sabeg, to be his "high commissioner on diversity and equal opportunity", and to implement these government orders. 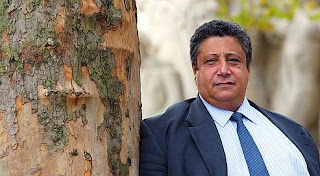 It is well-known that in France ethnic statistics are forbidden by law, so in order to determine how many minorities are employed in any given enterprise, Sabeg will have to use all his resourcefulness, as this article from Le Figaro points out:


Recently named commissioner on diversity and equal opportunity, Yazid Sabeg has political representation [i.e. the number of minorities in politics] as a priority. In a few days he will meet with parliamentarians and party leaders. He intends, he says, "to listen to what they propose to advance the cause of diversity and to break the glass ceiling." But he already states that he will recommend "normative measures". Otherwise, the agreements are worthless."

"Normative" means that the measures adopted will all have to obey the same criteria.

To advance the process, the commissioner will rely on a new study that determines the presence of minorities in political life. The Montaigne Institute, a think tank for entrepreneurs and businessmen, published an article on Wednesday tallying the ethnic composition of Parliament and the city councils of the ten largest cities in France, using an innovative method: photographs. Yazid Sabeg, a longtime pillar of the Institute, is enthusiastic for this method. "It's an interesting possibility to deal with the crucial issue of racial discrimination. I have myself advocated a family photo in the assessing of enterprises," he explains. He had proposed that big companies provide such a photograph as a way of measuring visible minorities for purposes of promoting diversity.

The article goes on to explain how a sociologist. Eric Keslassy, attempted to use photographs to determine the number of minorities in public office. He found in the National Assembly only three deputies belonging to minority groups, and in the Senate, four. Again using photos, he found that Paris had the highest rate of minority elected officials (17%), then Strasbourg (13.84%), Montpellier and Lille (11%), Toulouse (10%), Lyons (8%). Marseilles and Nice fared poorly, and Bordeaux had no minority elected official.


Keslassy says that to renew the political class there are other, better, methods such as ending the practice known as "cumul" where one politician holds several posts, and introducing primary elections.

"All of that will take time," Yazid Sabeg is quick to point out, "since minority candidates cannot aspire to a position without a public profile or a history of accomplishments." The art of the new commissioner will be to navigate between the need to promote people up the social ladder and the uncomfortable fact of counting the numbers of minorities by their facial features.

Eric Besson, the new minister of immigration, who replaces Brice Hortefeux, claims to be skeptical over the use of photographs: "We must come up with trustworthy methods, in keeping with our traditions, without classifying people by race, ethnicity or religion... It's rather complex... I do not want to criticize those who are trying out new experiments, and I fully intend to work hand in hand with Yazid Sabeg."

While they search for the perfect method to use for increasing the number of minorities, the system advocated by the High Council on Integration seems for now to be the most effective. Using family names and given names that were common in France at the end of the 19th century, and names that have recently appeared, a software program can determine persons of North African and sub-Saharan African origin, and persons from Europe, or even from overseas. This program showed that of the 35,000 elected officials in towns of more than 9000 inhabitants, 6.68% were minorities. A low figure but growing since 2001. While France is split from East to West, a reflection of the migratory waves.

The High Council on Integration (HCI) dates back to 1989. It is a government agency, composed of 20 members, dedicated to the study of the integration of minorities.

As for the East-West split, this is news to me. Does it mean that Eastern France has more immigrants, or vice versa? Since Marseilles, Lyons and Strasbourg are in Eastern France, and Paris roughly in the center, it seems reasonable to assume that there are more immigrants in the Eastern half of the country, especially since that is where the borders with other countries lie.

English-language readers can review Sabeg's accomplishments in this article from January 2005 posted at Business Week. There is also some information at MLive. If you do a Google on him you will find numerous English-language references.

French readers can review his CV and get a closer look at his circle of friends in this article, also from January 2005, posted at L'Expansion. For the record, this millionaire is said to be a bon vivant, warm, with a wide range of cultural and intellectual interests. He is married and the father of three, but I could not find information on his wife. I am almost certain I remember reading that she is of Danish-French origin, but after a time-consuming search I could not find proof of that assertion.

Finally, one of his goals is to introduce diversity as early as possible in the schools:

"It should be an objective of the national education system. (...) You cannot create diversity in schools unless you change the school districting so that the high-schools in the downtown areas can accept students from the disadvantaged middle schools of the ghettoes, without ethnic quotas. (...) As for myself, I feel French and republican, and also Arab-Berber. I speak Arabic, and I am a Muslim. I repeat, I am a Frenchman and in no case will I renounce one single element of my identity."

You want to know what forced racial mixing will lead to, Sir? Take a good look at Mexico. Zat is your future, Monsieur Sarkozy.

This is all very creepy. This mindset is "only the tip of the iceberg".

• Honest businesses hounded by authorities, because they cannot find enough "minorities" to employ.

• Government dictated pre arranged marriage/ selection of partners. Can only associate with certain people based on "minority" criteria.

• Will people be ordered to adapt homosexual lifestyles, if there isn't enough gays?

• Will the "French - Gauls" be forced to move to neighbourhoods which are dominated by other cultures?

• Will it become a crime to not eat all foods from other cultures. For example, refusing to eat Middle East foods becomes a Hate Crime.

• Will it become a punishable offense if three or more French - Gauls are socializing, without a visible minority included in the group?

One can go on about this. The left has turned Identity Politics up another notch.

Using photos for deciding percentage of race rankles me, but I can't explain why. Perhaps it has a NAZI tone. You know-- the yellow star worn by Jews theme. Perhaps the native French should simply wear large pictures of a fleur-de-lis? It would make it easier for Nicolas Sarkozy's government to "round up the usual suspects", when seeking people to blame.

Sadly, Canada's liberal left will think its a great idea.

Honest businesses are already hounded here in the States if they do not employ minorities.

Thank Almighty God, for strict French government rules. All we need now, is but a simple little man, a no-clues-cop, an inspector Clousseau armed with his Kodak digital camera to enforce unenforceable rules.

Then again, it is obviously much more fun being trapped in the trappings of Sarkozy's notions of forced diversity. Hey, if it's good enough for the French, "Let's emulate!" will be the cry from the huffy US Senator John Kerry.

Inter-racial marriage? Soon to be enforced, possibly, in the name of that same diversity? "et ce de l'amour?" It is mind boggling to believe the French, in the name of governmentally mandated diversity, will succumb to the radical desires of Mr. Sarkozy.

What next? Wines imported from the Napa Valley, USA? If we're going to be diverse, let's go all the way, not just pussy foot our way among the hedge rows of old time France.

If this were not a sad commentary, it would be laughable. Mark Steyn's prophesies coming true much earlier than predicted, are but the fly on the toast in the morning. America, are you watching? You are next.