George Handlery about the week that was. Even in small countries, major trends can unfold early. About noble leaders and their reluctant peons that refuse to follow. International protest and its use to the tottering local leadership. Security, fear and freedom. Radicalization as a face saving device. Immigration then and now. Imported prejudices, failure and the allegation of discrimination.

1. Small country, major issue. Normally, Switzerland is not of much interest to the international reader. Already by standing falsely accused of having invented the cuckoo clock, she is automatically downgraded. The neglect can also be attributed to her size, a functioning system – a juicy crisis brings attention.

Not being on the map is also the consequence of her ability to keep out of armed conflicts. Switzerland did not even need to be liberated in WW2! Some myths shatter on Swiss reality. Effective armed neutrality invalidates a peacenik thesis that arms lead to war. Per capita Tell’s land has a huge army – 600,000 in WW2 out of 4.5 million. Reflecting her industrialization and armament industry, it is largely self sufficient and excellently equipped to exploit the best defense positions nature can provide. Complete the achievements with Switzerland‘s top rating regarding the quality of life and the top earned per capita GDP coupled to being a leading financial center. In the case of a landlocked and no-resources country, this should not be the case. Besides bank secrecy – which is a settled issue and gone by now – Switzerland is currently getting perplexed attention because of the consequence of her direct democracy. On a regular basis, the unique system enables the people to perform executive functions. The voter can make laws and invalidate legislative action. Therefore, if you want to know what the “people” want, then you might find out by consulting the results of the numerous referendums and initiatives. The people’s uncensored voice expressing its real opinion is a good indicator of what comparable societies would say if they would be able to speak up. 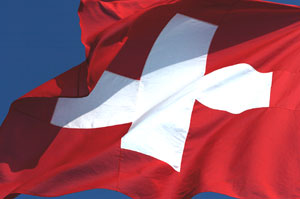 The latest, and internationally widely commented, Swiss initiative forbade the erection of further minarets. Expressly not effected are existing structures and new temples as well as the exercise of any religion. To the surprise of all, the initiative passed in what is rated here as a landslide. The decision went against the will of the executive, the legislature, all but one of the political parties, the churches, the economic and social elites, “business,” the media and, belatedly, the Vatican. Why “surprise”? Opinion surveys predicted rejection. That teaches us right away something about surveys in general. People give PC responses to surveyors who are themselves PC. This is what makes surveys into useful weapons in the hands of those who can afford them. More important is another insight. It suggests that the governments, parliaments and the elites of western democracies might not quite express the will of those they claim to represent. Additionally, thanks to the media control of the political class, real public opinion does not always equal what little people are made to think by pundits that have the power to determine what proper views must be.

Now, “the day after”, Europe’s governments and institutions condemn the vote’s result and the voters who “committed” the outrage. Amnesty International finds that the Swiss voted “against religious freedom”. “Scandalized” France’s Foreign Minister bemoans the same – while his government forbids burqas. Those veils express in textile what the minarets say in stone. (Oddly, with eight times the population, France has 5 minarets and 500 mosques while Switzerland has four minarets.) Indeed, governments and the governing elite’s shock and outrage might have a simple reason. It flows not from principle but reflects interest. They attack the frightening precedent created by the Swiss because the political classes fear their own peoples. Just take a fresh opinion survey from Germany. There 70% (sound too high to the writer) of the “barefooted” would vote – if their system would let them – the way the Swiss have.

Good to know: the final chapter is not yet written. The defeated leadership chides the voters about their mistake. In addition, the disavowed local political class tries to assert itself against its recalcitrant people. One way to do that is to encourage international pressure to demand that the new law not be implemented. The minaret-builders are not idle either. Emboldened by the angered local elite, they will ultimately turn to international courts – such as the one that forbade the display of crosses in Italian schools – demanding that religious freedom be protected. Naturally, that bold and principled pronouncement will limit itself to Switzerland as representing Europe. So as to avoid insult, the decision will ignore Middle Eastern states or Taliban ruled areas.

2. A sign of the times. A friend has submitted a letter to the editor. Without mentioning the minarets, the note raises questions regarding demonstrators that protested the vote’s result. He was advised that, in the interest of his own safety and the careers of his children (one is married to a Muslim), he should desist. While the fears moving him seem to be exaggerated, the man wrote to the paper requesting that his submission not be published. It is not conceivable that, had he supported the after-the-fact demonstrations or “minarets for all”, anyone would have discovered a risk implied by turning to the Editor. The case suggests two points top be made here. 1. Without security there is no freedom. 2. Fear cancels out liberty.

3. Some groups with a migration background prove to be pools for the recruitment of terrorists. Often this self-isolated element shows an affinity for organizations that are hostile to the way of life and political culture of their freely chosen residence. Since this happens in many countries, non-accidental associations come to mind. Take the correlation between fundamental hostility and certain ways of thinking that are imported at entry and that their carriers cling to even as time passes. In the history of immigration during the age of the industrial and postindustrial revolutions, the phenomenon is unique and new. However, some group‘s hate for those that harbor them is more than only intellectually interesting. The resentment caused by living where one has chosen to reside is widespread. Consequently, the occurrence also represents a security challenge. The fanatics nurtured within such groups can prove to be built-in explosives in the case of a future confrontation with the systems from which they originate and that they claim to have fled.

4. Examining the record of countries that have historically welcomed and assimilated immigrants leads one to an interesting insight. If valid, the thesis helps to explain the success achieved by newcomers and receiving residents alike. On the one hand, the ability to assimilate and to integrate depends of the degree of modernization of the hosting society. On the other hand, the integration of the entrants correlates with their inclination to be modernized in their personal lives. These people can be committed to values, a religion, or social-political concepts that are hallmarks of the order they left because it did not work for them. The way some of these values can be imbedded in the consciousness of immigrants might result in a very high degree of resistance to modernization. In that case, the advantages of integration that they seem to have coveted when they decided to emigrate will be outweighed by the commitment to imported and self-excluding prejudice. The resulting lack of personal success, the trailing behind the indigenous in fortune and in prestige, will be given a false explanation. Ignoring the real origins of the laggardness relative to the majority‘s unshared success, will lead to frustration. Those feeling that way will blame the majority and its way of life for their failure and they will attribute it to “discrimination”. Once this process unfolds, the failing will harbor intensive hostility toward everything that characterizes the majority.

As I understand it, feminists joined with conservatives in the Swiss vote. I've said it before and I'll say it again. Everything will change once feminists get on board. At that point, multiculturalism will be dead and the possibility that the West will end up as part of some giant caliphate will become very unlikely.

On the other hand, expect that feminists won't thank any of us for our work in trying to stem the tide of Islamification. We will be told that "society" (meaning conservatives) was responsible for this. Never will they blame their fellow leftists.

@JFP: Don't expect any help from the feminists. Their leaders are leftists first, feminists second. The same is true, mutatis mutandis, of the leaders of labor unions, environmental groups, and ethnic activists. Historic white Western civilization is their ultimate enemy. They will sacrifice everything to destroy it. The union leader will overwhelm his workers with immigrants, the feminist will turn a blind eye to rape and murder, the environmentalist will welcome the doubling of the population (and urban sprawl and pollution) by immigration, the ethnic agitator will take his place in the coalition of leftist leaders while his people get poorer and poorer: it doesn't matter. The real goal will have been achieved. When the choice comes down to being a slave under Islam or shooting down the last white man standing, they will shoot. Everyone who does not want to see his country and his people dissolved (further) by the leftist destroyers had better wake up.

2.  Insecurity is increasing a “cost of doing business” in European civic life, especially where opposition to Islamification is concerned.  If fear (not merely legal prohibition) restricts liberty, then Mr Handlery must have divined why non–heterosexuals are pushing above and beyond legal equality.  The enforcement of social norms via extra–legal means is nothing new; however, the Muslims remain “Others” by choice in the West, and their norms unreasonably clash with ours.

3.  There is only one way to deal with fifth columnists or traitors.  Yet Western elites are consigning much of the developed world to a repeat of the Thirty Years War, without even the benefit of a Trojan Horse.