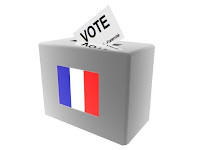 The European elections set for June 7 will give the pro-sovereignty movements a chance to regain some of the ground lost when France was forced kicking and screaming into the EU, and the Irish were told they would have to re-vote on the Lisbon Treaty, and that they better get it right this time.

All eyes will be on the results achieved by the Front National and Libertas, the group formed by the fusion of Philippe de Villiers' MPF (Movement for France) and the smaller CPNT party headed by Frédéric Nihous. CPNT stands for "Chasse, Pêche, Nature et Traditions" – Hunting, Fishing, Nature, Tradition – and was formed in 1989. Here is what Wikipedia has to say about Libertas:
<!---->


Libertas France is the name given to the activities of Declan Ganley's Libertas Party in France. Unlike Libertas in other countries, Libertas France is not a political party in its own right. Instead, candidates from Mouvement pour la France (MPF) and Chasse, Pêche, Nature et Traditions (CPNT) intend to contend the 2009 European Parliament elections in France under common lists branded with the Libertas identity. The candidates retain their membership of their national parties and the national parties retain their legal identity. […] Villiers (MPF) and Frédéric Nihous (CPNT) laid out the issues on which they would campaign: anti-Lisbon Treaty, pro-Fortress Europe, and anti-Turkish accession to the EU.

These are three issues most sovereignty parties can agree upon: no Lisbon Treaty, hence a reduction in the power of Brussels; a Europe protected from rampant globalism and uncontrollable immigration (this is what is meant by Fortress Europe); and a refusal to accept Turkey in the EU.

The affiliation of MPF to Libertas was not unanimously supported: 32 federation presidents signed a motion of no confidence against Philippe de Villiers. Paul-Marie Coûteaux, the existing MPF MEP for Île-de-France who had been dropped as head of the list in favor of Jérôme Rivière, also voiced his disapproval.

Coûteaux has since abandoned his candidacy in the elections. He described what he assumed would be his last meeting with Villiers, in a post dated March 10, published by Le Salon Beige on March 23:

Dinner last night with Philippe de Villiers was upsetting from start to finish. I have probably spoken with him for the last time... I told him over and over that he is falling into a trap, that there is no way I can run under the banner of a man [Declan Ganley] who insists Europe needs a constitution

Le Salon Beige bemoaned Coûteaux's decision, since at the time he said he would join a small splinter party called "Debout la République" headed by Nicolas Dupont-Aignan, who has refused to join any larger coalition. But Coûteaux apparently has decided to drop the whole thing and stay home.

As usual, the inability of the Right to unite in a common mission may be its undoing in these elections, as it has been in so many others.

Jérôme Rivière, mentioned above as campaign director for Libertas, was formerly the UMP deputy from Nice, but fell out of favor with Sarkozy after defending the remarks on Islam made by Benedict XVI in Regensburg, remarks that generated a huge reaction from the Muslim world. But Rivière had opposed Sarkozy on numerous other issues as well: immigration; the right of foreigners to vote; gay marriage and adoption, etc... He was removed from the UMP ballot in the June 2007 legislative elections, ran instead as an independent, but lost to Sarkozy's man.

Who is Declan Ganley, founder of Libertas?

He is a British-born millionaire businessman of Irish descent who founded Libertas, a political lobby that advocated a "no" vote in the Irish referendum, in June 2008. Libertas actually was first heard of as early as 2003. You can read about Libertas at Wikipedia, and follow as many links as you have time for. This one will lead you to a short page on the origins of Libertas. And this one deals with Libertas as a political party, with branches throughout Europe.

Ganley's business ventures, including one failed attempt to set up an investment fund in Albania, have not all been transparent. Many French nationalists are fiercely critical of his connections to the United States where he is chairman of Rivada Networks, a defense contractor specializing in military telecommunications.

Some French nationalists are shunning Libertas, in favor of other sovereignty parties, such as the Front National, because of Ganley's pro-European stand. Though he lobbied energetically against the Lisbon Treaty, he is resolutely for Europe, as the following quotes illustrate. Most of these quotes were made by Ganley to the Heritage Foundation.

Libertas is passionately pro-European. We believe that the European Union is one of the most worthwhile, and laudable political projects in history, and we are proud to be able to make some contribution to its future success.

Libertas is not nor will ever be Eurosceptic.

If we are to have a constitution in Europe its something that the average 15 year old should be able to read and understand...and it is most certainly something that every European citizen...must have the opportunity state by state to accept or reject at the ballot box.

It is not entirely inconsistent that Philippe de Villiers would join forces with Libertas. He has said that he is for Europe, but against Brussels. So it would seem that many sovereigntists are willing to accept a united Europe, even with a Constitution, provided the powers of Brussels are severely restricted and the individual nations retain a large measure of sovereignty.

In addition, Ganley is able to provide funds for the campaign and the spread of information, especially on the Internet, thus energizing the MPF, whose leader Philippe de Villiers is more active than he has been since 2007 and more at ease perhaps in this role as pro-sovereignty candidate than he was as a presidential candidate

You may want to read some of Ganley's latest comments at the BBC website.

Finally, Craig Connolly has frequently written about Libertas – Irish version of course. I did a search at his blog and came up with this web page. Very interesting information, good illustrations, and a view of Libertas from a person close to the source.

Hard to judge. Why would Brussels make troubles for themselves (rejected treaty of Lisbon)  to attract marginalized groups of EU-sceptics and EU-realists? If I would be in their place I would not try to convince any declared leftists. This is impossible to convince or fool everybody. This is important to push our vision of the world no matter how many people support it. If minority that stand on our way is not very influential, it should be ignored. This is practically what demo-left usually do with conservatives or liberals.

Thanks for your reply. I didn't mean Brussels backs Ganley. It sounds like he wants a place at the EU table, instead of destroying the table like an honest patriot. That is what I meant when I said you would vote for Libertas and get Brussels. I see no realistic chance of defeating Brussels' imperialism-totalitarianism from inside the EU political process.

This is true, Brussels is on the way of self-destruction. However this is very unpleasant view to see how barbarians ruining our continent. Thus people like Ganley will receive some sympathy when they spoil their plan for a while. This is real dilemma when you know that the only way to establish reasonable state is to let them to destroy everything. It is huge cost, financially and morally. Obviously I will not vote for Libertas, my disgust for democracy is too great to handle their populism. Like everybody I would just like to know what are true goals of Ganley.

Libertas sounds like a Trojan horse. You vote to protect your sovereignty and get--Brussels! I would think treaty organizations in the mould of NATO or the Common Market would suffice for all desirable purposes without submitting to alien sovereignty. Europeans only need to look to the U.S.A. to see what happens when you bind independent states in a constitutional federation. The constitution gets trashed, the limits on central power are thrown to the winds, and supranational elites impose totalitarian government on their subjects. The several states can only fund themselves at the sufferance of the central government, which soaks up all available tax money, and uses it to impose ideology, culture, and social and economic policy. The future of Europe--is that what you want?

I really find Ganley pro-democratic demagogy pathetic, I hope that he is American agent and just fool all those socialist minds trying to destroy Lisbon Treaty. Their Polish branch consist from moderate Catholic and mostly socialistic nationalist (LPR party). They joined him because recently they lost all support and were kicked out from parliament. Ganley give them another chance. They always opposed Polish membershiop in the EU, so they don't fit to general programm of Libertas.

There is recenttly a lot of noise around Libertas. There are two main reason. The first one is that  Polish public TV is contrrolled to the wide extend by nationalists connected with LPR. This is suprising effect of war between three parties that created former goverment. All of them firsty set their people in TV and kicked out leftists. However later coalition broke and two smaller parties managed to win power in public TV.

The second reason is a brilliant PR skills of Ganley, he managed to invite Solidarity legend Lech Walesa on Libertas conventions. Altrough Walesa don't support Libartas he say that he agree with them on many issues. His speeches bring a lot of attention from media outlets, even those openly demo-leftists. Walesa in Poland is a very controversial person, he has many enemies on the right and the left but till few month ago he was in shadow. Then media run a long campaign to defend him, because many accusse him of being an communist agent in the past. Now when Walesa in some way legitimize Libertas (evil anti-european party which consist from Polish nationalists! :)) they are extremely pissed off. They though that they bough his loyality. Really this is so funny how great defenders turned to mock him publicly. That is exactly this f.... democratic hypocrisy that I hate so much.

So, Libertas in Poland have unique opportunity to get attention what is usually very difficult for any kind of rightists. If this wont trasnfer into at least 5% of votes then I don't know what must be done to bring new party to any kind of parliamentary body.